I saw the bourbon bat signal shoot through the midnight sky. Word of a new bar opening spread around town like a sinus infection. Thousand bourbons, I heard. All kinds of whiskey. Cocktails galore.

After a recent visit to Doc’s Bourbon Room, I can sign my name to the long list of supporters. Doc’s is legit, and it’s exactly what Whiskey Row needed.

Prices are reasonable, and pours from the inventory of about 2,000 bottles can be enjoyed in 1-ounce or 2-ounce increments. That means if you just want to try something, like the latest Old Fitz 15 Year, you don’t have to spend an arm and a liver doing so.

The outgoing and competent staff explained that they’d like to have 3,000 bottles by Derby. It’s great to have goals!

I decided to try out their signature Old Fashioned because, after all, it is the city’s official cocktail, and I’ve been assigned by the mayor to investigate the best in the city and make sure every establishment is up to par. Doc’s certainly is. Their Seasonal Old Fashioned was made with Michter’s Bourbon, fig and sage demerara, and birch bark bitters — and it was tasty!

All mine! | Photo by Miriam Rodriguez

But not too tasty. A good Old Fashioned should never be masked. Meaning, if bourbon isn’t the first thing you taste, it’s a waste of sugar and calories. That one cost $13 — a typical price for cocktails at fancier bars downtown — but you could also create your own Old Fashioned using a cheaper bourbon, and I’m sure the price would come down a few bucks.

The cocktail menu included a dozen options in all and showcased some that didn’t have bourbon or whiskey at all — in case there are those people among us.

The small-bites menu features everything from pretzels and beer cheese to fried green tomatoes, spring rolls and buffalo cauliflower (Huh? And nope! I firmly believe cauliflower is the vodka of vegetables. Take that, Oprah!).

I also sampled some scrumptious dessert that I had to see (and bite) to believe: a Grilled Hershey Sandwich. It was exactly what you’d imagine: a grilled cheese sandwich with melted Hershey bars where the cheese should be. A little raspberry sauce was drizzled over to make it appear healthy — and boom, you’ve got yourself the best thing that’s been in your mouth since Grandma’s pumpkin pie at Thanksgiving!

It seems like the food is meant to be shared, making Doc’s Bourbon Room an ideal stop before a game or concert … or just a place to gather after work with friends.

It’s fun to marvel at the endless shelves of whiskey, but being the weirdo I am, I wondered what would happen if an earthquake were to hit Kentucky. All those 2,000 bottles would come crashing down, as would my own small collection in my home, and we’d all have an unfortunate situation on our hands. Let’s just hope that never happens and work on securing some insurance should an unfortunate act of god occur.

Who wants to try and drink all 2,000 bottles with me before Derby?

Here are some more photos of the eats, drinks and all those bottles. 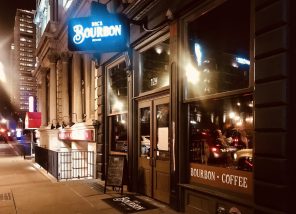 Doc’s Bourbon Room is located next to Doc Crow’s. | Photo by Sara Havens 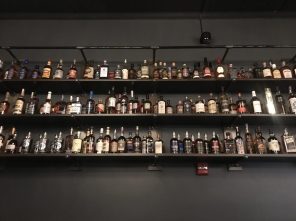 Be still my heart. | Photo by Sara Havens 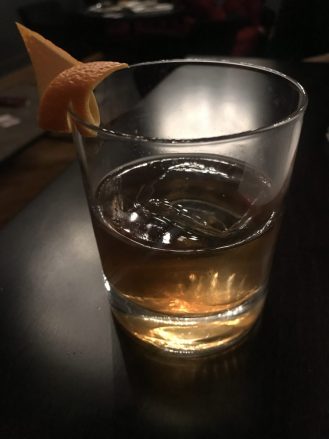 The Old Fashioned gets a thumbs up. | Photo by Sara Havens 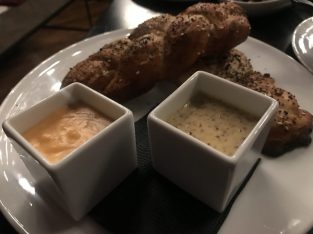 The pretzel and beer cheese is the bomb! | Photo by Sara Havens 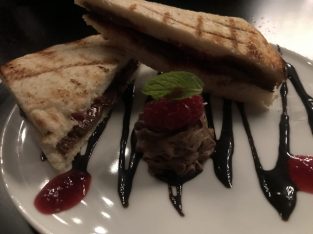 The people and the bottles | Photo by Miriam Rodriguez

Of course bourbon goes with everything — yes, even A-1 sauce.

The pairing of ice cream and bourbon is nothing new, but what is new is the creative concoctions that come from the two.

For instance, in honor of September being National Bourbon Heritage Month, Trey Zoeller of Jefferson’s Bourbon got together with Andrew Llewellyn of Liége & Dairy to create three month-watering combinations of bourbon and ice cream.

Let’s take a look at those flavors:

• Trey-Fecta: What’s better than s’mores, bacon and bourbon? This has a graham cracker bourbon ice cream base with notes of marshmallow and bacon pieces. Holy cow (or pig?)!

• Papa Chet: Bourbon honey ice cream with pralines and caramel. (Chet is Zoeller’s father’s name with whom he started Jefferson’s Bourbon, and it’s also his son’s name. Zoeller also loves pralines since he went to Tulane University in New Orleans.)

Personally, I’d like to try all three. But if I could only choose one, it would be the Trey-Fecta because I love anything with marshmallow in it (except for Peeps).

The flavors are available at both Liége & Dairy locations — one in Holiday Manor (2212 Holiday Manor Center) and one in Middletown (12003 Shelbyville Road) — through September, unless they sell out.

So run, don’t walk, before the chance for this bourbon bliss melts away … 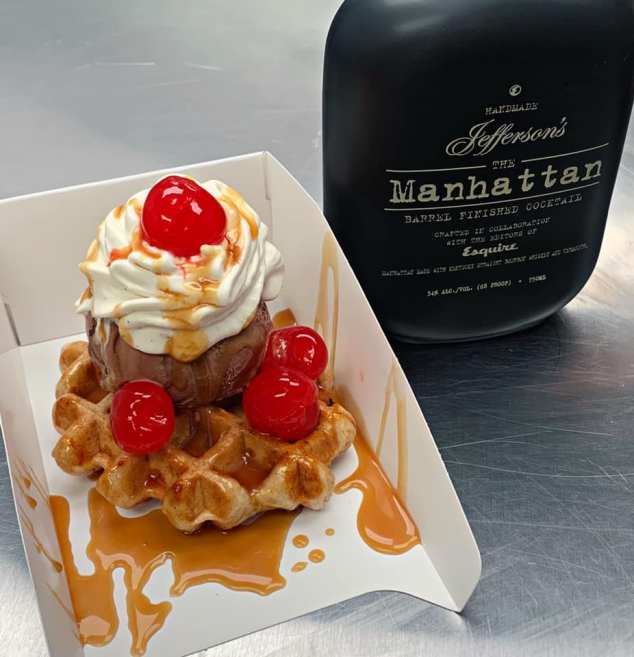 Check out the Jefferson’s Manhattan! | Courtesy

After God made marshmallow, she made Tums.

I recently did an exposé — an in-depth coverage, not the band from the ’80s — on the uptick of marshmallow usage in the NuLu area.

It required me to eat three marshmallow-heavy desserts back to back, which kept me wired all weekend, along with a stomach ache and a canker sore on my tongue.

The moral of the story: Even marshmallow should be enjoyed in moderation. #marshmoderation

I may not be able to eat the puffy treats for a few months. OK, maybe a few days.

If you didn’t catch the story, you can read it here. 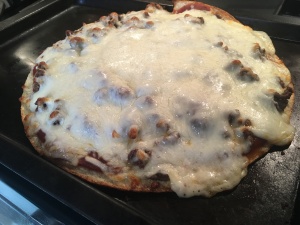 Of course I loaded it with ground beef and cheese.

I made a pizza with cauliflower crust last night.

But I wouldn’t want it to be my new normal.

Why can’t there be an opposite of Keto diet? Where you just eat carbs and no protein?

I guess that’s what I’ve been doing for the last 10 years and why my pants are tight.

Anyway, I’m down 6 pounds, but dammit, is it worth not eating pizza?

I went to Wick’s the other day and split a pizza with a friend, and she watched in horror as I scalped my pie, consuming only the top layers. It was actually pretty good, but something was missing that I can’t quite put my finger on.

I went to a wedding over the weekend that had a real live S’mores Bar!

All the ingredients necessary, and not necessary, were laid out for you to pile on at your own free will.

There was a lady behind the table with a torch who’d toast the marshmallow for you, but other than that, there was no supervision whatsoever.

The graham crackers were homemade, as were the marshmallows, and the topping options included the standard Hershey bar (three squares), a Reece’s Cup, a piece of Ghirardelli chocolate, drippy chocolate fudge and hot caramel.

Of course both of mine used the standard Hershey chocolate, but I ended up adding drizzles (OK, rivers) of fudge and caramel on top — just because.

I’m thinking of installing a bar like this in my house, but I’d have to move some bourbon out of the way.

I’ve been eating too much cheese
Somebody help me, please.

I sit here pained
Thinking about the weight I’ve gained.

It’s squeezing me with an unyielding force
I feel as big as a Derby horse.

I look like a summer sausage glistening in a bun
I’d give anything (but cheese) to not weigh a ton.

I vow to eat less and move more
Because, dear food, I am not your whore.

The Bar Belle
Powered by WordPress.com.