For one week in September, there was no talk about White Claw.

For one week in September, there was more to do than one human being could possibly attain.

For one week in September, the bourbon gods united and bestowed mass celebration for the brown spirit mostly produced in Kentucky — in Kentucky.

Some people claimed it was too much.

Some people said it was too loud.

Some people chose to be left out of the madness.

I attended both the Kentucky Bourbon Festival and Bourbon & Beyond and I lived to tell about it. I have evidence in the form of photos, and my liver is now in hiding. (I even managed to spend some time at the Louisville Pride Festival as well.)

All the festivals were great in their own way.

If you’ve never been to Bardstown for the KBF, I highly recommend it, especially for the All-Star Sampler. Basically, for a few hours, you get to meet and chat with your favorite master distillers, sample their products, eat handfuls of cheese (and lots of other things — like Art Eatables‘ chocolate mint chimeres) and collect random buttons and stickers and business cards.

I also had time to walk around the festival grounds, located just down the street from the Bardstown square, and found it to be a treat, visiting mini versions of distilleries, seeing all the amazing arts and crafts made from used bourbon barrels, and drinking some E.H. Taylor served in a Heaven Hill glass in the VIP lounge. I love the camaraderie between brands, and it’s on full display at the Kentucky Bourbon Festival each year.

And Bourbon & Beyond … what can I say? I went Friday and Saturday and saw some amazing bands, drank some Old Forester 100 (I found the bartender who had the best pour), drank some beer, drank some water, ate some Cellar Door Chocolates and even helped plant a tree by drinking some Angel’s Envy (#toastthetrees).

I was impressed by the Foo Fighters, Jenny Lewis and Alison Krauss — and Grace Potter wasn’t too shabby, either.

Enough of my words. Let the photos do the talkin’ …

Mini Maker’s at the KBF!

Dan McKee of Michter’s at the KBF All-Star Sampler.

Chris Morris and Elizabeth McCall from Brown-Forman at the KBF. 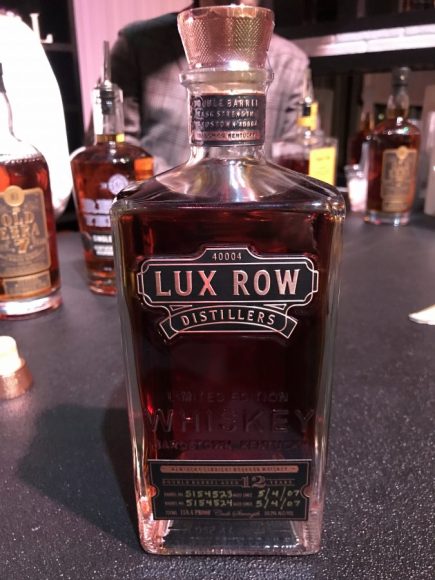 Lux Row debuted a new bourbon, and it was quite tasty! 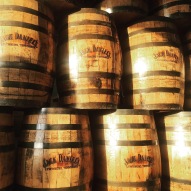 Is that a Zima fanny pack, or are you just happy to see me?

Alison brought a much needed calm over the audience.

Are you all ready for the Kentucky Bourbon Festival and Bourbon & Beyond? If you’re not drinking bourbon now, you will be after this weekend!

I’m a fan of both festivals and will make it a point to spend time at both — sleep be damned!

Stay tuned to my social media accounts, where I’ll post photos of the bourbon bliss as well as the madness.